We’ve All Been "Misbehaving"

Those of you who know me or have read some of my previous blog entries know I am a fan of behavioral finance and psychology. A couple of months ago I read Richard Thaler’s book Misbehaving, which chronicles his findings that would forever change the way we think about economic decisions. One of the basic premises of economic theory is that human beings always make rational decisions for their best interests. Thaler, along with the works of Israeli psychologists Danny Kahneman and Amos Tversky, found that while people said they would act rational, their actions proved otherwise. Their studies showed that humans are much more prone to error in their decisions and judgments than we think. 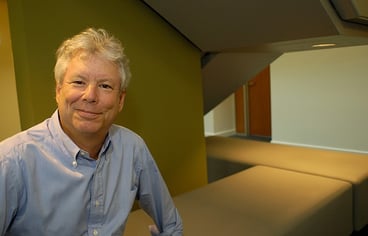 After Thaler won the Nobel Prize for economic sciences in October of last year, he said “We’re more like Homer Simpson, than we are like Spock. In myriad ways, we do things because we’re human. We do things that are predictably different from what economists expect us to do which can help inform better economic models and better monetary policy.” Some of the most interesting highlights from Misbehaving include the following...

Thaler asked himself “what makes people upset?” and he uses the example of how Uber once raised its cab prices by about 10X in New York during a snow storm. This obviously made users very upset and it forced Uber to come to an agreement with the State Attorney General to cap the surge rate in the event of an emergency. His findings showed that during times of emergency, humans believe that we should help each other out and be fair to one another. Thaler even interviewed Uber drivers and asked them what they would do during an emergency situation and the majority of their responses were that they would want to help out. Thaler was troubled by the fact that it took a backlash from a snowstorm for Uber to figure out that their customers would be upset if they felt they were being gouged. Thaler believed that from the start, Uber should have adjusted their surge pricing during times of emergency.

overConfidence and the desire for immediate gain

I am a big sports fan and am an ardent believer in “The Process” that sports teams such as the Philadelphia 76’ers, Houston Astros and Cleveland Browns have embraced in the last few years. What these teams have done is taken a more analytical approach on how to build a roster, design plays and strategies for long-term success. These teams consistently traded their current draft picks for more future draft picks and “tanked”, meaning they made an effort to lose as many games as possible to increase their odds at having the highest draft picks in the following season to select younger and cheaper players with more potential upside. This is painful for the fans of these teams because they want to win now and not suffer through losses.

Thaler recounts a consulting project he did with the Washington Redskins. The team asked him to come up with an optimal draft strategy for building a team. The conclusions Thaler came up with may surprise you: He found that most teams were overconfident in their ability to pick players, meaning there wasn’t a large difference in the quality of players selected by teams. The teams that had more draft picks had higher success rates of picking players (hence why he recommends trading down for more draft picks). He also found that teams would be willing to give up more valuable draft picks in the future for draft picks today and that teams who traded up to pick players higher in the draft overvalued them. Thaler’s recommendation to the Redskins was to trade down and collect more future draft picks (since there wasn’t a noticeable difference in the ability to pick players). When it came time for the NFL Draft that year, the Washington Redskins traded up and when Thaler inquired as to why they didn’t listen to his findings he was told “Mr. Snyder (the owner) wanted to win now.” The Redskins perfectly illustrated the idea that we are often overconfident in our own abilities and that we have an innate desire for immediate gain instead of a potential larger gain in the future.

No one really enjoys paying taxes and in some countries such as Greece, society views you as a “sucker” if you pay your taxes (no wonder they had a financial crisis in 2010). Thaler did an experiment in England in which he worked with a government official who was tasked with collecting back taxes from citizens. For years, the official would send threatening letters to those who owed taxes. Thaler recommended changing the verbiage of the letter to point out that a high percentage of residents in their city paid their taxes fully, on time and by not having paid their taxes, they were in the minority. This increased the amount of back taxes collected by 5% which doesn’t seem like a lot, but it amounted to millions of pounds and it cost the government nothing. The key takeaway here is that humans respond positively to social norms. This is why when someone visits a foreign country, they usually ask what the societal norms are.

When we are faced with choices, defaults have a large impact on our decision-making process. For example, Thaler believes that one way to fix the lack of retirement savings in the U.S. is for all employers to automatically enroll their employees in their retirement savings plan such as a 401(k) or 403(b). Participants would have to opt out if they did not want to save for retirement. Most employers currently give the option to sign up for a retirement account (opting in). Why do some not bother to enroll in a retirement plan even if they can afford it? A part of the reason is laziness and the fact that people get overwhelmed by the amount of paperwork, the number of deferral options and myriad of investment choices. Simplifying investment plan options and changing the default to opt out will help increase retirement savings. Another good example of the effect of defaults comes from organ donation. Donation rates in the U.S. are lower than in other countries because when you go to get your driver’s license or state issued I.D. card, you are asked if you want to become an organ donor (opting in). In other countries, the default option is that you are an organ donor and that if you don’t want to be one, you have to opt out. When the default is opting out, participation rates are usually much higher.

The next time you are thinking about why individuals and businesses do what they do, just remember that it may not always make sense. Many of the ideas discovered by Thaler are being implemented in governmental/monetary policy and business. Constantly refining, studying and questioning our decision-making can go a long way to making the world a better and more rationale place.

Behavioral Economics: Thinking about the way we think