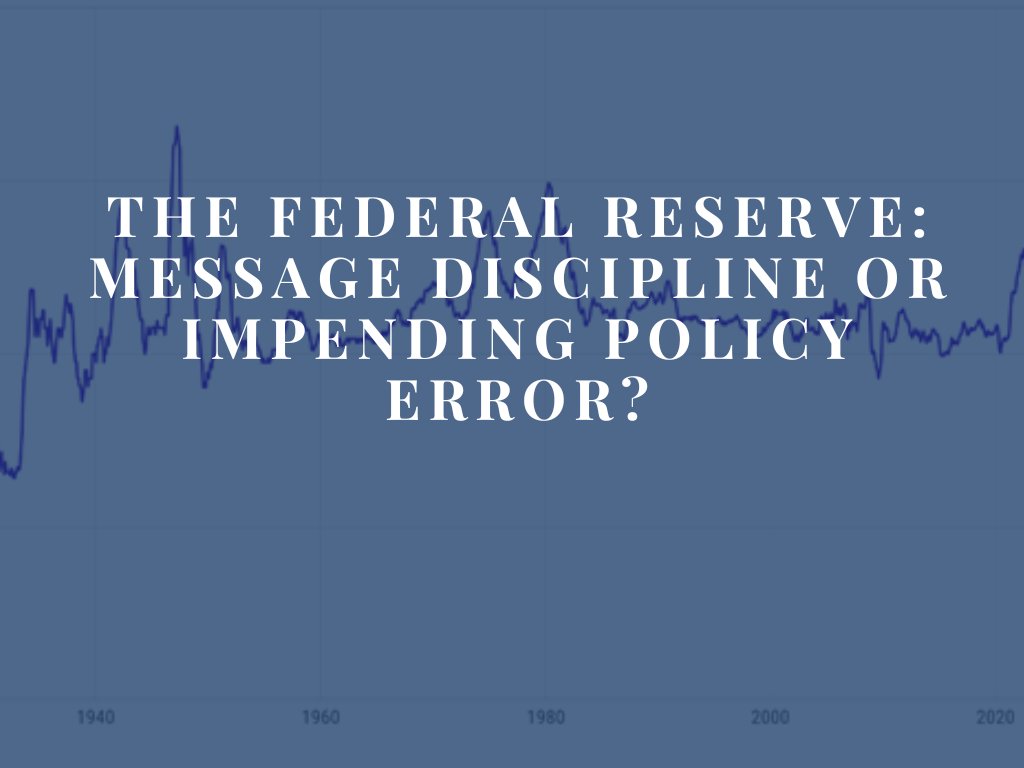 Fed Chairman Powell has spoken unreservedly for a year now that he was serious about fighting inflation and will do ‘whatever it takes.’ Hardly anyone can question that resolve given the unprecedented 4.25% rate increases in the last nine months (see first Image below). The pace of hikes, however, makes the case that the lack of rate action till March of this year was the wrong decision, with the benefit of hindsight.

With markets hanging on to every word from Fed members’ public statements, and there certainly hasn’t been much austerity in that regard, one of their recurring themes has been that it cares about both effectiveness and credibility as an institution. Its December press conference leaves a lot on the table on the credibility front. Allow me to explain.

In early 2022, the Fed’s rate path and effectiveness were quite uncertain. Some observers had given in to the use of ‘hyper’ to define the inflationary environment then. As producer price index, PPI, a measure of wholesale inflation, reversed from over 11% to the mid 7% range in the last few months, what is being called into question now is the soft-landing message rather than the effectiveness. With the Fed’s projections of 0.5% GDP growth in 2023 as well as nearly full percent higher unemployment at 4.6%, generally, only one can be true. At least if one believes in Sahm. Sahm’s Rule, to be exact.

According to Federal Reserve of St. Louis, it defines Sahm’s Rule as “…identifies signals related to the start of a recession when the three-month moving average of the national unemployment rate (U3) rises by 0.50 percentage points or more relative to its low during the previous 12 months”.

This suggests that the unemployment rate hitting 4% from the peak of 3.5% will already signal a recessionary environment. The Fed is not willing to concede that its own 4.6% unemployment forecast will not be considered a soft-landing.

Then there is the issue of BLS (Bureau of Labor Statistics) prepared CPI data that incorporates static data when it comes to apartment rental costs. Leases signed nearly a year ago do not reflect the changes residential housing has gone through in the US in the last six months alone. Analytics firms such as Redfin or Zillow have been reporting that the spot rental market is showing signs of cost moderation while the CPI’s shelter component continues to show an upward trend. It has been estimated that shelter costs account for nearly a third of the inflation basket. Shouldn’t there be more attention given to non-traditional but real-time reporting on items as large as shelter costs, especially if the wrong decision on this front eliminates the probability of a soft-landing?

History suggests that the path to sub-4 % inflation will not require too much additional heavy lifting. The three-month average of monthly inflation is already at 3.6%. It’s the path from the 3s to the 2s that will likely take the longest. Chairman Volcker’s efforts to squash inflation in the late 70s took nearly five years to reach 3% from double digits in 1983. It wasn’t until ’86 that the headline CPI number fell closer to 2%. A 90-year view of inflation, see image 2, suggests that the median inflation rate in the US has been around 3%.

Reasonable minds can argue that the same Fed’s aggressiveness seen at nearly 9% inflation is neither necessary nor prudent when inflation is back in the 3% range. This may ultimately be the Fed’s plan, and communicating it prematurely will unwind the very financial tightness they have tried to achieve this year. With acknowledgment of both the lagged nature of its data as well as lagged effects of its rate hikes in the economy, a new phase of messaging from the Fed is clearly warranted.

The Bond market, through its 30-year and 10-year yield, is signaling that we are much closer to the end of the hike regime than the Fed is willing to admit. Let us hope that early 2023 brings about a new level of messaging clarity, and we just might be able to excuse the Fed’s role in extinguishing the Santa rally this year. 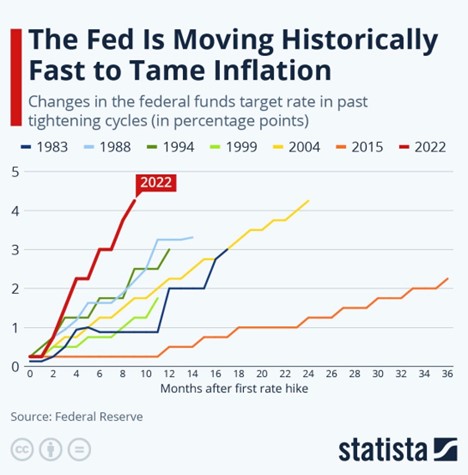 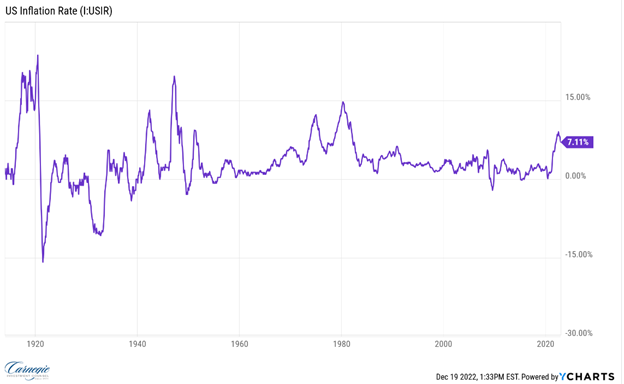 Shams Afzal is Managing Director and Portfolio Manager at Carnegie Investment Counsel’s Toledo office. A passionate and solutions-focused professional, Shams is dedicated to the total well-being and success of his clients. Shams also brings to Carnegie a unique perspective on risk management and material deficiencies sometimes obscured in public financial statements.