SPACs vs. IPOs: What You Need to Know 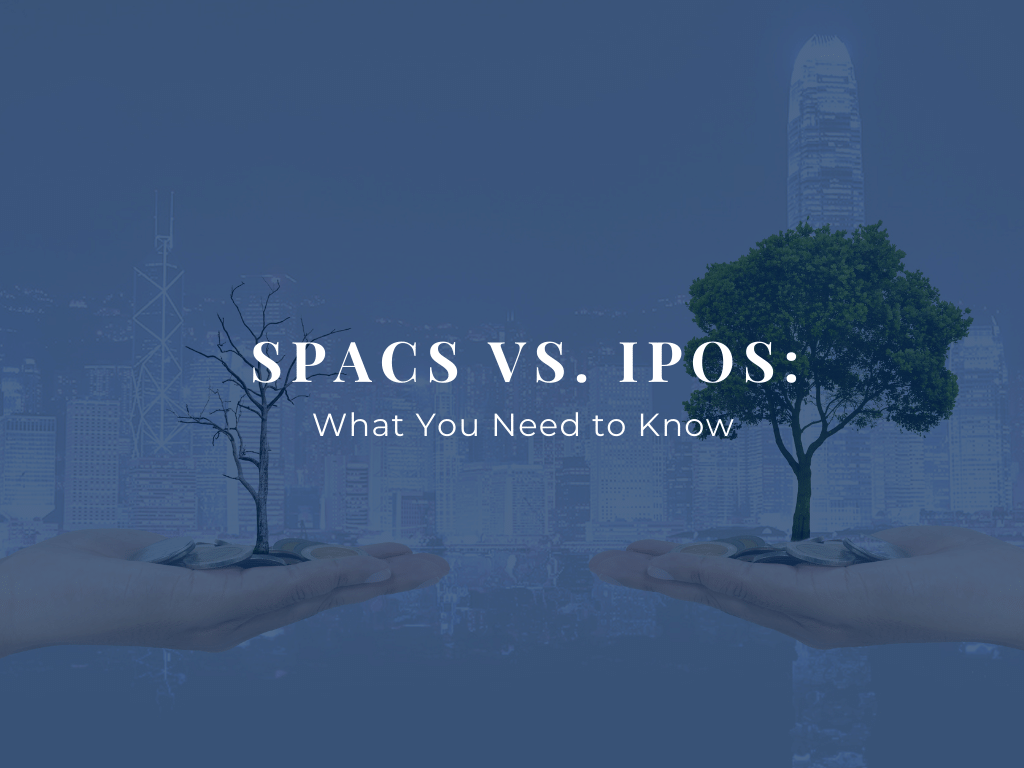 Special purpose acquisition companies, or SPACs, have exploded in popularity this year, but most investors are still not familiar with these entities, sometimes called blank-check companies.

The purpose of the SPAC is to raise public funds with the intent to acquire a private company. These shell companies are frequently formed by some combination of high-profile industry executives, private equity principals or hedge fund managers. They typically have a wealth of knowledge about a particular line of business or a specific commercial enterprise. While SPACs are referred to as “blank-check entities,” it should be understood that a SPAC is a shell company without a specific business plan, any active business operations or significant assets.

Let’s take a real life example to help illustrate the types of companies that have gone public through a SPAC process. One example is UTZ Brands, based in Hanover, Pennsylvania. The company produces a variety of potato chips and snacks. This 100 year old company was an established business that went public in 2020 through a SPAC. So for example, now with access to capital, they could, for example, acquire additional firms or expand their distribution or even use it for new product development. DraftKings is another example of a recent SPAC. For anyone who watches sports, their ads have been blanketing the airways for the past year or so. Access to capital would allow them to advertise (like crazy) to help drive growth.

It is helpful to compare and contrast raising capital by way of a SPAC versus an initial public offering (IPO). While a SPAC bears some similarities to an IPO, there are major differences.

Basic Tenets of an IPO

Most companies begin as privately run entities that offer a certain product or service and function using their business model. The company is funded by some combination of bank loans, private investment and venture capital. Eventually, however, there are limitations to this approach that become apparent when the company is successful and in need of further capital to grow.

By raising funds through the traditional method of an IPO, companies can reach a large pool of potential investors. This occurs when the company sells shares of stock on the open market and it collects the proceeds.

However, the process of bringing an IPO to market can be tedious and take many months from beginning to end. The issuing company must devote significant resources and develop disclosures to regulators and the investor community. This can be costly in terms of fees paid to attorneys and investment bankers.

Another major differentiator of the IPO approach from the SPAC approach is that an IPO is marketed to institutional investors through what are known as "roadshows." An investment bank is brought in to provide this service so that the offering will be readily accepted by the large investment concerns. All these steps require considerable time and effort.

SPACs have developed as an alternative to a formal IPO because these entities allow private companies to go public through an acquisition or reverse merger. They are considered a less time-consuming and cheaper substitute compared to the conventional IPO market.

So, a SPAC only exists with the intent of merging with another pre-existing company. The management of that company will gain greater flexibility in its financing alternatives while the original investors of the company enjoy greater financial liquidity.

With a significant reduction in the regulatory burden when compared to an IPO, the SPAC can move from its initial formation to a completed acquisition in as little as a few months. The key attributes of a SPAC – no debt or liabilities, no operations and relatively few assets – allow for a more streamlined process. With less regulation, sponsors also have less accountability as to how the funds are invested.

The SPAC marketplace can be considered a two-way street. Sometimes, a SPAC is formed by an investor group looking to attract additional investors in search of an acquisition target in a particular industry. Other times, an existing private company in search of capital will pursue a SPAC as a means of going public.

Understanding Investing in SPACs for Individuals

SPACs could be considered as potential opportunities for the retail investor. They can be viewed as a way to join in with leaders in the financial community who have market insights that ordinary folks would otherwise never attain. Many of the recent SPAC offerings have been in market sectors that are considered to be technology leaders, like telecom and healthcare.

SPAC sponsors typically offer “units'' for around $10 each. These units are offered prior to an announcement that the SPAC has a merger partner or soon after that announcement. Each unit comprises 1 common share and 1 warrant. The share price value is subject to market conditions but volatility can be considered low during the time frame before a merger is complete.

The warrant gives an investor the option to buy shares at a discounted price after the deal is completed. The conversion rates from the warrant to share vary though and should be carefully considered when investing. Bear in mind that the value of these warrants is more volatile since their value is contingent on the share price post-merger. It can be up to two years between the formation of the SPAC and a finalized merger.

Once a target has been announced, there is a vote among all shareholders to approve the transaction. For those investors who are dissatisfied with the results of the acquisition process, they may redeem their shares for the original $10 offering price plus interest.

Risks to Consider with Investing in SPACs*

Given the proliferation of the SPAC market in the last two years, it should not be surprising that there has been an increase in industry watchdog and regulatory scrutiny for these offerings. A few things to consider:

Like IPOs, SPACs are considered “speculative,” can involve substantial risks and may not be an appropriate investment for the average investor. While an IPO and a SPAC are both ways for investors to get involved on the ground floor of a company, the current marketplace is tilted toward SPACs.

For further reading, see the SEC treatment of SPACs.

*This list should not be considered a comprehensive list of the risks associated with investing in SPACs.

The information provided is for educational purposes only and should not be considered a recommendation or solicitation to buy or sell any security.

Greg Halter serves Carnegie Investment Counsel as Director of Research, where he coordinates all aspects of both equity and fixed income research materials. Greg provides the appropriate materials for portfolio managers to use in building and managing client portfolios effectively.