It seems like every week, Amazon.com or one of the other disruptors comes out with another major announcement.  This time around, Amazon.com surprised the markets by announcing their plans to buy Whole Foods Market.  This sent shock waves through a whole slew of stocks including grocery stores (obviously), food companies, and even the likes of Wal-Mart, Costco, and Target.  There were a few beneficiaries like a small private-label food company and a small technology company developing a technology that might be used in the Amazon GO concept.

Although the market mostly reacted to the grocery implications, in my mind, this is bigger than just grocery stores.  Amazon has been working on faster delivery and having local distribution and service centers – with this purchase, Amazon will have 450 new distribution nodes across the country in high-income neighborhoods.  Additionally, they have been rumored to be entering the pharmacy market – they will now have a 450-store footprint to build out pharmacies if they so choose.  If they decide to expand their Amazon GO concept, they now have a foundation upon which to build it.   There are many other reasons that this fits well into to Amazon’s broader strategy, but suffice to say, this is another gamechanger.  READ:  Five Things To Consider Regarding Amazon / Whole Foods   MORE:  Amazon's Real Agenda Behind Whole Foods Bid

As a side-note, Amazon stock moved up $16 billion on this news.  Their offer price is $14 billion, so essentially, they received Whole Foods for free and were given a $2 billion bonus just for making the offer.

It is interesting to look at YTD sector performance instead of just the market in general.  Since I last talked about this, Energy has continued downward, suggesting that portfolios heavy in energy have likely underperformed.  Tech is still the leader this year, but that lead is in jeopardy.  Interestingly, the Health Care sector has been quite strong lately and is now almost as strong as Tech this year.  Financials have seen a tick up recently, but are still a laggard this year. 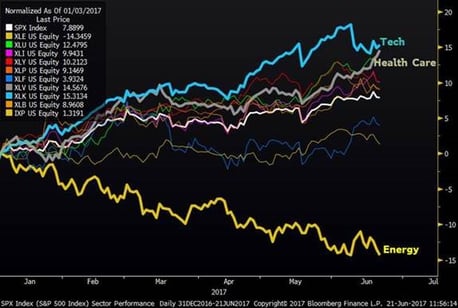 Here is another way to look at the YTD performance of the market.  Each slice represents a different company and the size of the slice reflects its weighting in the S&P 500.  Note that most of the biggest companies are green, suggesting that the largest cap names have led the way this year. 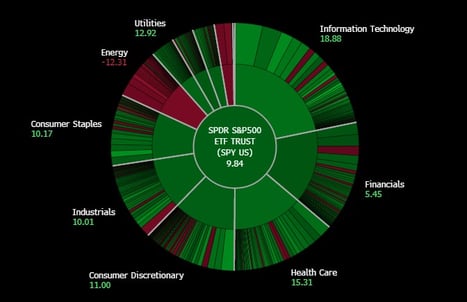 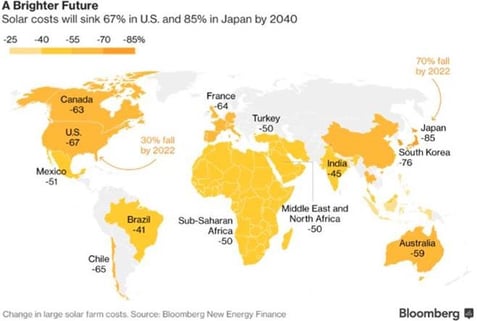 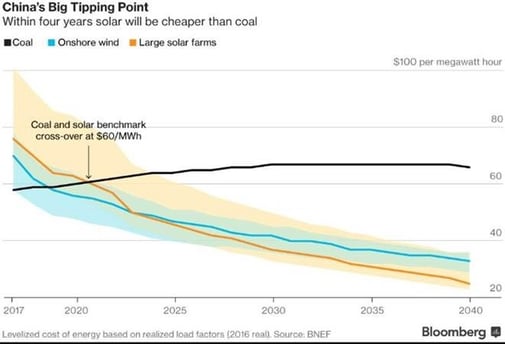