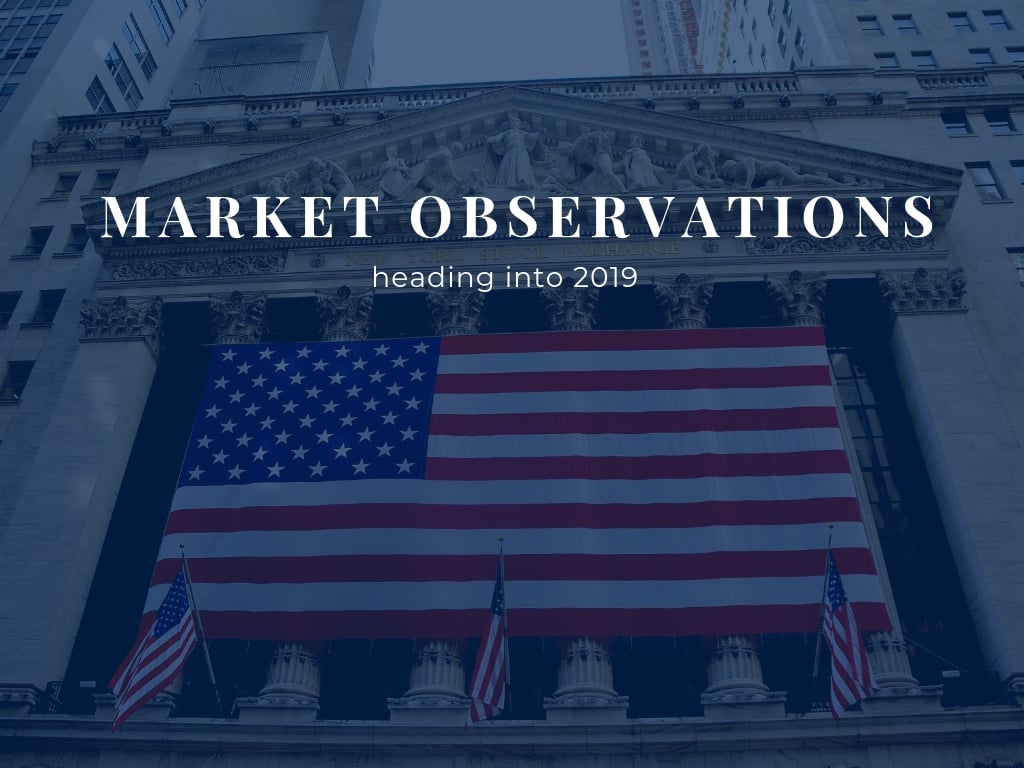 Typically, when I’ve written blogs, they’ve focused on a specific topic, theme or issue. I thought it would be good to switch things up a little bit and share some interesting statistics and thoughts about the financial markets.

The case for active management

I recently came across the chart below which shows the total returns of the “buy and forget” stocks that in 2000, Fortune Magazine predicted would last a decade: 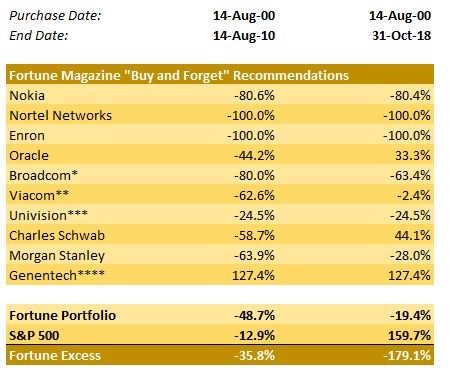 Those returns sure aren’t pretty and I believe this makes a good argument for active management. While the “set it and forget it” investing style can be comforting and easy, the world had and will inevitably change. This doesn’t mean you turnover your entire portfolio every year but one of the objectives of an investment manager is to identify trends that are taking place in the world (positive and negative) and position portfolios to avoid negative ones and benefit from the positive ones. Eastman Kodak and Polaroid were must own stocks 50 years ago and they’ve since gone by the wayside. Facebook, Google and Netflix weren’t even public companies 20 years ago and they’ve disrupted the traditional media and advertising industries as we know it. A major part of our research process is to find and monitoring trends in the world in order to identify companies and industries that will be beneficiaries.

Below is an excellent chart from OddStats that I found on Twitter (he is an excellent follow). What is illustrated is the fact that both the best and worst days for the stock market typically occur during bear markets and severe financial events like the Great Depression and Black Monday.

My best guess as to why the best and worst days come during bad times is because  volatility tends to cluster. In 2018 alone, the S&P 500 has had 5 trading days of declines greater than 2.7%. The largest drawdown in 2017 for the S&P 500 was 2.7%. We’ve had very serene markets the last couple of years and this is usually not the norm so the  recent volatility in the markets should not come as a great surprise.

Last week, the Wall Street Journal wrote an insightful piece on the difficulties that General Electric has and is currently going through. According to the article, the company’s struggles can be traced back to one theme: management. The article points out that CEOs Jack Welch, Jeff Immelt and John Flannery created a sprawling empire and culture of over-promising, under-delivering while manipulating certain portions of their businesses to hit quarterly numbers. They were so focused on meeting the estimates of analysts that they ended up creating a company made up of disparate businesses. My favorite anecdote was about a new board member asking what the role of a GE board member was because there was little debate during board meetings. They were told their role was to “applause”. My colleagues know that when we have an analyst in our office, I often ask about the best management teams they cover. At the end of the day, we are investing in businesses and the people running them. We want to put capital with those who have a good track record of generating above-average returns for shareholders. Warren Buffet often asks, if you could invest in the future earnings of someone, who would it be? Another way to think about it is akin to investing athletes and coaches. Our focus is to identify and invest in the Lebron James, Nick Saban and Tom Brady’s of the financial markets.

I’ll end on a non-financial/market related story. A few days ago I read an amazing story of the close friendship of NBA great Charles Barkley and cat litter chemist Lin Wang. Stories like this are really inspiring and with the holiday season approaching, it’s a good time to take a step back and be grateful for what we have in our lives, whether it be our family, friends or our health.