How on Earth Can Investing Be Fun?

We all know how tempting it can be to buy those nice but expensive pair of sunglasses or shoes but would you be better off putting aside some those discretionary purchases to save, instead? Albert Einstein once said “Compound interest is the eighth wonder of the world. He who understands it, earns it. He who doesn't ... pays it.”

How Much More Worm Does the Early Bird Get?

To get a better picture of his quote, consider that by saving and investing at an earlier age, you can increase the amount of funds you have in retirement a lot more than you would think. For example, let’s take Nick, who graduated college and has begun working full time at a bank. He begins saving at the age of 25 years old by contributing the maximum annual amount currently allowed ($5,500) to an Individual Retirement Account (IRA). Assuming a compounding annual return of 6% until the age of 65, Nick would have a balance of approximately $850K at the age of 65.* 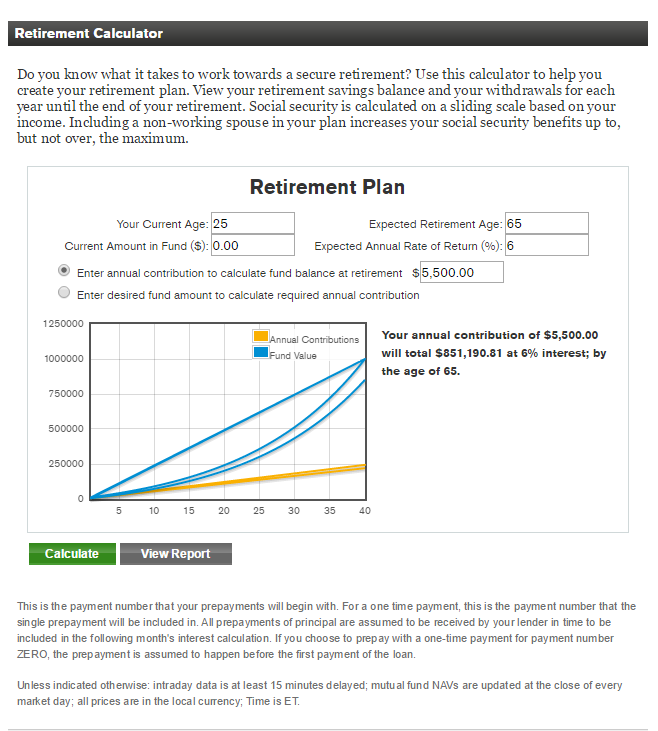 On the other hand, Nick’s friend, Victor, begins working at the same time, but doesn’t begin saving until the age of 30. After he graduated college, Victor decided to buy a new car and furnish his new apartment, so he didn’t have as much to save. Victor contributes the full amount to his IRA every year and assuming he has the same compounded annual return (6%), at the age of 65 he would only have a balance of $613K.*

The $237K difference in balances can be found in the fact that compounding interest has a huge impact on account balances, even if it’s only for 5 years. Saving early and often allows compounding interest to increase portfolio values. This is due to two factors: The contributions add to the value of the portfolio, but investors are also earning greater interest as the value of the portfolio increases.

Buy That Watch At the Right Time

Instead of having to work longer to have enough funds to retire, saving at a young age gives you the flexibility to retire sooner rather than later. If you forgo some material consumption now, you'll have more options when you're older and approaching retirement.That's also when you'll have more free time to appreciate the things you enjoy! If you need help determining the proper contribution amount, contact us.

The next time you think about buying that shiny watch, consider increasing or maximizing your contribution to your 401(k) or IRA. It will likely help you in the long run.

*Please note: Past performance is no guarantee of future returns.